Hi everybody, I'm migrating my blog to https://patitsas.github.io/blog/ to take advantage of the simplicity of blogging with hexo. RS...

Computer Science as a Lake 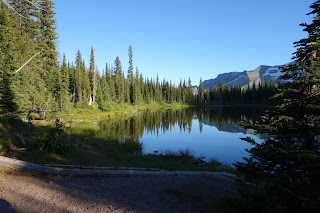 Imagine your CS department is a lake.

The fauna of your lake are primarily fish and frogs. Normal lakes in your biome tend to have a food chain where about half of the predators are frogs and the other half are fish.

Back in the 80s, the predators in your lake's ecosystem used to be 40% frogs. But then the frogs started dying, or leaving, or not hatching, or whatever else caused their population to plummet. Now you're at 25% frogs. And even though it looks like the fish are doing fantastically, there's less of them than there should be.

But since the lake is now 75% fish, you're really more concerned about the frogs. So, you put your efforts into releasing more frogs into the wild. You construct some frog-friendly spaces. You stop by and give them some canned flies to eat.

The problem, though, is that the frogs are still gonna keep dying if the lake is polluted. The frogs are an indicator species -- amphibians are more sensitive to environmental toxins. And that pollution is having the same effect on the red and black fish species, if you were paying more attention to them. The two fish species that are less affected happen to have some adaptation that is protecting them.

If you start to remove the pollution from the lake it helps both the fish and the frogs. Sure, it has a larger impact on the frogs, but it also helps the fish. Some species and subspecies of fish were also getting disproportionately hurt by the environmental toxins too, and it's good for them.

If you want to fix the ecosystem, you have to fix the ecosystem for all the species involved. A culture polluted with the stereotype of computer scientists being asocial nerds in basements hurts the whole environment. It pushes women and other minorities away from going into the field, thinking it's not where they can belong.

For real change to happen in CS, we need to move past band-aids like Women in CS clubs and mentorship programmes for African-Americans. These initiatives have a role to play in the solution, but they can't do it alone: We need to get rid of the pollution. Let's work on cleaning up the lake for our whole ecosystem: it's not about the frogs, it's about the lake.


How Do We Clean Up The Lake?


I'm doing my PhD on diversity in CS. So far in my research, I have come to a hypothesis about diversity initiatives.

Here's my assertion: A women in CS initiative is more likely to be successful in the long-term if that particular initiative also helps other minorities (e.g. aboriginals, Blacks, Hispanics, people with disabilities, first-generation university students).

Why is this important?

First off, well-intentioned diversity initiatives can sadly be counterproductive:

The empirical research we have on hand about what has long-term benefits shows us that the tricks that help women help everybody -- and unintuitively, many of these are very small changes to make!

Improving diversity for all underrepresented groups makes it easier for the other ones to show up -- you're removing pollution from the lake. Women are more likely to feel at home in a CS department that is multiracial -- the more you pry CS away from being a white-and-Asian-boys club, the more you help all underrepresented groups join the community.

We already know a lot about why women drop out or aren't interested in CS. Let's target those underlying reasons and fix them for all students, without framing them as women's issues or ghettoizing women. It's not about the frogs -- it's about the lake. 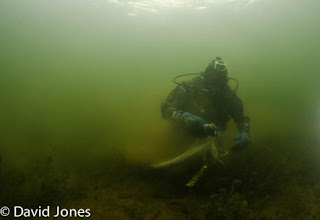 Posted by Elizabeth Patitsas at 4:50 PM

Email ThisBlogThis!Share to TwitterShare to FacebookShare to Pinterest
Labels: interventions, women in cs, women in stem